Anambra State Governor Charles Soludo has submitted a list of 20 Commissioner nominees to the state House of Assembly for approval, including three professors.

Mr. Uche Okafor, Speaker of the House, announced this during Tuesday’s plenary session while reading a letter from Soludo dated March 28.

The governor also sent another letter, according to Okafor, requesting the confirmation of 15 Special Advisers.

The Speaker, on the other hand, requested that the commissioner nominees be screened by the House Committee on Screening.

The 15 special advisers were confirmed after a voice vote after the majority leader moved a motion for their confirmation.

The house also read a resolution urging Soludo to appeal to the state’s Commissioner of Police to restore checkpoints and patrol teams throughout the state.

Mr Onyebuchi Offor, who represents the Ekwusigo Constituency, moved the resolution in the house (PDP).

Also Read: Nigeria fail to qualify for World Cup as Ghana win via Away Goal

According to Offor, the absence of checkpoints has increased insecurity in the state, posing serious threats to lives and properties. 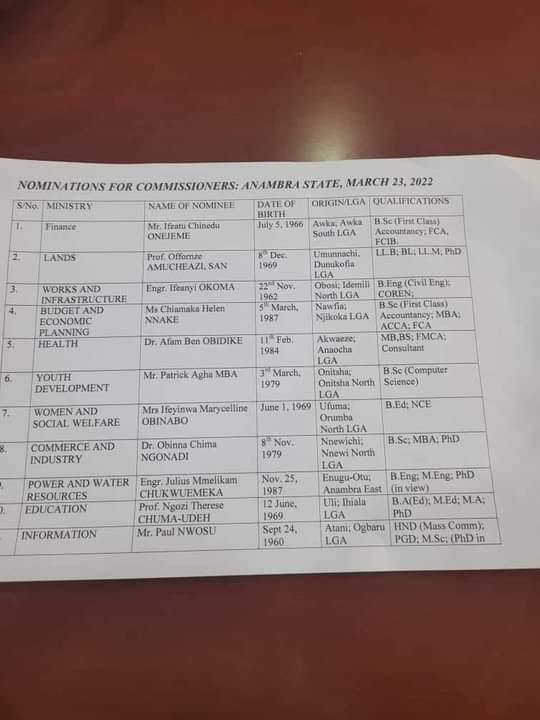 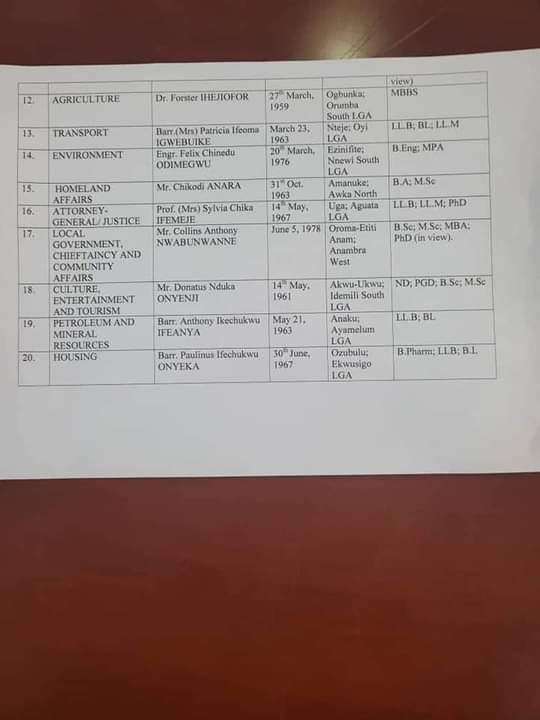 IPOB Slams Soludo Accuse Him Of Killing Her Members