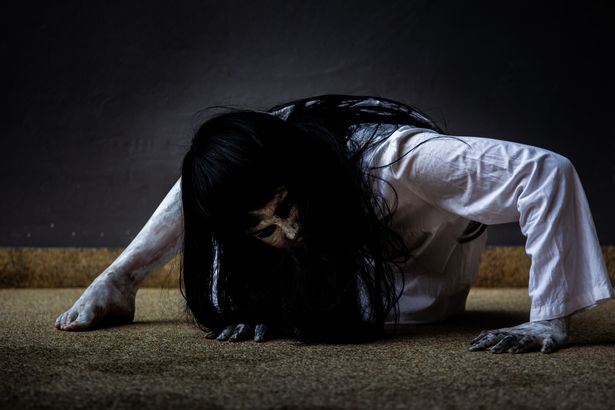 A practising exorcist claims he once witnessed a terrifying case of demonic possession where a woman with a demon inside her threw four men across a room.

Bishop Plato Angelakis, an ordained Orthodox Catholic priest with the Oblates of St Therese in Wisconsin, US, said it was his first-ever exorcism and involved himself and a small group of other priests.

The victim, a 60-year-old woman, was said to have not “eaten or drank anything for a month” and so the priests visited her home to try and rid her of the evil presence.

Talking on The Exorcist TV Show Podcast, Bishop Angelakis explained what he saw.

“For the most part she showed extraordinary strength, three or four us, throwing us around the room – there were about four adults,” he said.

PAY ATTENTION TO : She Went To Prison As A Teenager, Now She’s A Top Lawyer Contesting For US Congress (Photo)

As well as this disturbing display of physical strength, Bishop Angelakis recalled that the woman showed other telltale signs of possession too.

PAY ATTENTION TO : Shocking as Pregnant Woman Ran Mad After Driving Herself To The Market

He said: “The whites of her eyes were all back, you try doing that, that’s something you can’t naturally do.

“Some language coming out, strength is probably the number one thing for her. She had extraordinary strength.”

Fortunately, Bishop Angelakis said there was one thing in his favour while trying to get rid of this difficult demon.

He said: “For some reason, this particular entity could not leave the home. I don’t know why. Once we got her out there was nothing.

“So when she was out of the home it was just fine.”

It took two days to “liberate” the woman from the demon, he added, but her family remained practising Satanists.

Bishop Angelakis said that, at this point in his career with the church, he had “never encountered something like this before”.

“To this day it is still one of the most intense exorcisms of a person I have ever encountered,” he said.