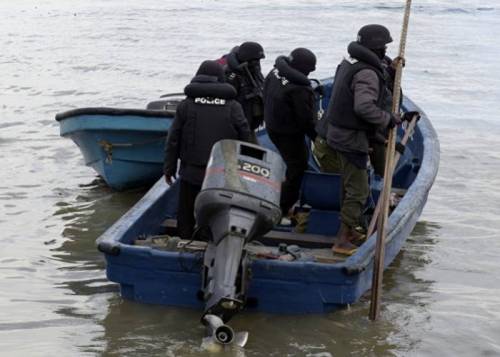 The dead bodies of the six personnel of the Nigeria Police Force, who drowned as a result of a boat mishap while on a Senatorial bye-election duty in Bayelsa State, have been recovered, according to SaharaReporters.

The incident occurred on Friday, December 4, when one of the speedboats conveying 11 police officers from Yenagoa to Southern Ijaw capsized at Oporoma.

A statement by SP Asinim Butswat, the Police Public Relations Officer of the state command, said,” Five of the policemen were rescued immediately, while six were missing.”

According to the police spokesman, a combined team of rescue officers from the Marine Department of the Bayelsa State Police Command and local divers have recovered the six bodies of the missing policemen, and they are deposited at the mortuary.

“The command condoles with the families of the deceased. An investigation has commenced ascertaining the cause of the boat mishap.”

Peter Obi Ahead Of Atiku, Tinubu, Others In New We2Geda Poll...