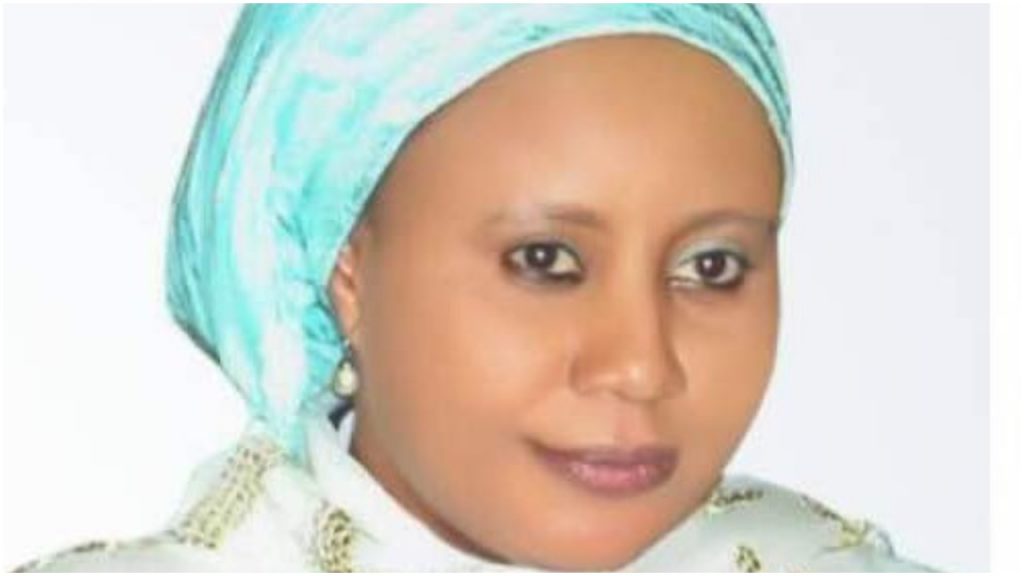 Maryam Danna, a former GM of the Niger Delta Power Holding Company (NDPHC) illegally retired in 2016 has been ordered to be reinstated.

She was reinstated after being retired four years ago by President Muhammadu Buhari.

A letter to Danna by Secretary to the Government of the Federation, Boss Mustapha communicated the reversal of her disengagement.

“I write to inform you that Muhammadu Buhari, President, Federal Republic of Nigeria has approved your reinstatement as General Manager (Audit & Compliance), Niger Delta Power Holding Company Limited with effect from 10th November 2020.

“Consequently, the letter of your disengagement Rf. NoSGF.55/S.4/52 dated 10th June 2016 has been set aside. Please accept my congratulations and best wishes on your reinstatement,” it read.

In 2016, Danna was illegally retired as NDPHC General Manager Audit and Compliance.

The sacked SGF, Babachir Lawal, approved her removal without a query or cogent reason(s).

When the President’s attention was drawn to the matter, he deployed one of the NDPHC Supervising Ministers to discreetly investigate.

After receiving a detailed report, Buhari, in a memo through the Attorney General and Minister of Justice, Abubakar Malami to the late Chief of Staff to the President, Abba Kyari, ratified Danna’s reinstatement.

Following months of non-compliance with the instruction, the chartered accountant petitioned the Senate.

During her appearance before the Committee on Public Petitions then chaired by Senator Samuel Anyanwu, she complained that Vice President Yemi Osinbajo and Kyari allegedly flouted Buhari’s order.

In May 2018, after hearing from Danna and other invited officials, the Red Chamber of the National Assembly under the leadership of ex-Senator Bukola Saraki directed her re-absorption.

Again, nothing happened as powers that be opposed to the federal lawmakers’ decision.

In February 2020, the Senate, now under the leadership of Senator Ahmed Lawan, for the second time ordered the NDPHC to reinstate Danna.

The Committee on Public Petitions now chaired by Senator Ayo Akinyelure, mandated the company to pay her all outstanding salaries and other entitlements.

He said: “There was no meeting presided over by the Chairman of the Board of NDPHC, Vice President Yemi Osinbajo or any other member of the Board of NDPHC where the decision to disengage her was taken. The disengagement of Maryam Danna along with the Executive Management Team and the Executive Directors of NDPHC who were political appointees of Mr. President was out of order.”

Akinyelure decried that her sack was not “in accordance with the terms and conditions of employment and disengagement of civil servants in the service of the nation and by extension, the service of NDPHC.”

The lawmaker stated that the complainant was not accused of any offence, queried or suspended prior to her dismissal announced through the Nigerian Television Authority (NTA).

In March 2020, the Senate conveyed its resolution to SGF Mustapha for implementation.