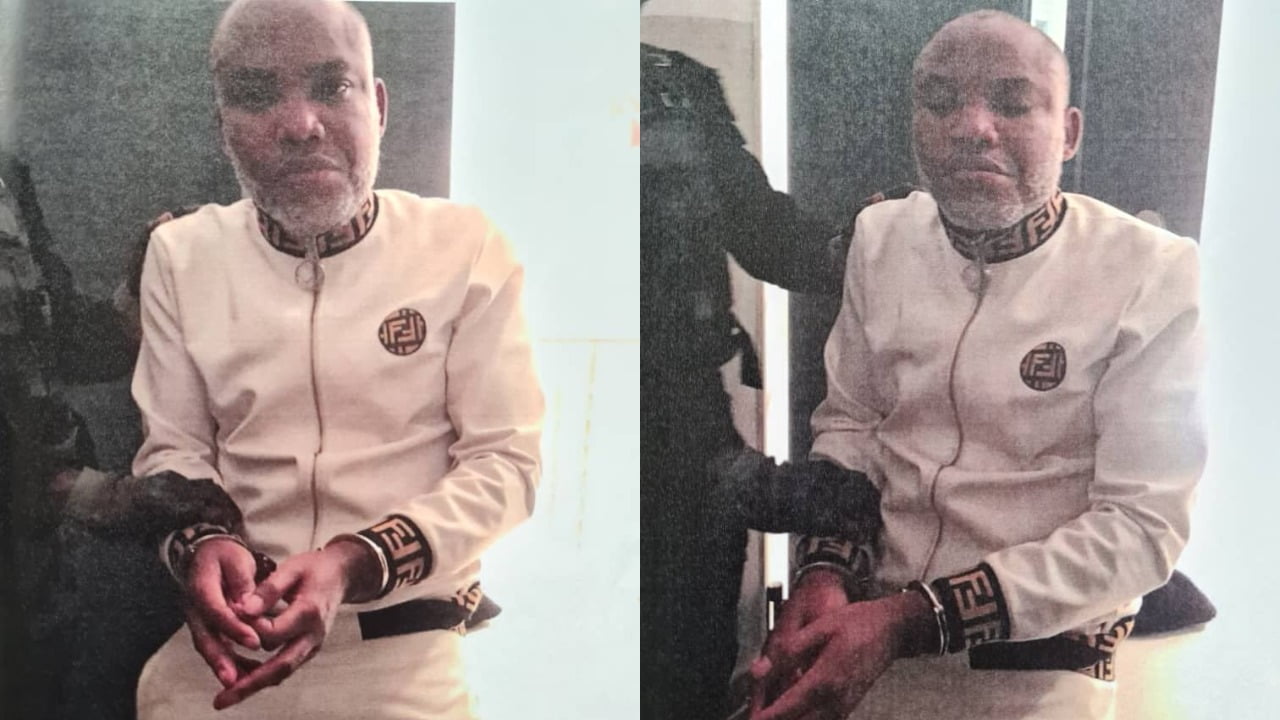 The arrest of Nnamdi Kanu, the leader of the Indigenous People of Biafra, or IPOB, will be the group’s final act.

Some Nigerians made the argument, stating that Kanu’s detention was proof that President Muhammadu Buhari was in charge of the country’s security.

The Nigerian government’s re-arrest of Kanu is seen as a warning to Yoruba freedom warrior Sunday Adeyemo, also known as Igboho, that agitators are not above the law.

Kanu had been re-arrested in a coordinated operation by a team of Nigerian and foreign agents.

On Tuesday, Attorney General of the Federation and Minister of Justice, Abubakar Malami, confirmed Kanu’s re-arrest.

Kanu, who was charged with terrorism, treasonable felony, and financing unlawful organisations, fled Nigeria immediately after his arraignment and admittance on bail before the Federal High Court in Abuja.

On March 28, 2019, Justice Binta Nyako, who had given him bail due to his ill health, cancelled it and issued a bench warrant for his arrest anywhere in Nigeria.

The re-arrested IPOB leader is scheduled to appear in Federal High Court today to continue his trial.

Some Nigerians, on the other hand, praised the government’s actions.

They took to Twitter to demand that the government ensure that the IPOB leader did not flee again.

@sunnyman: “This is a welcomed development, I commend the government for arresting Kanu. His arrest shows Buhari is in charge.”

@CNB atinsola: “Nnamdi Kanu’s rearrest will mark the end IPOB and all these rubbish agitations. He is not above the law, should be dealt with.”

@omukoko: “Kanu’s arrest would send a message to agitators like Sunday Igboho and co that Nigeria is not a Banana Republic where they can just stand up and start causing trouble.”

BREAKING: Kanu, Igboho: You must take permission before operating in our states – Southern Govs...