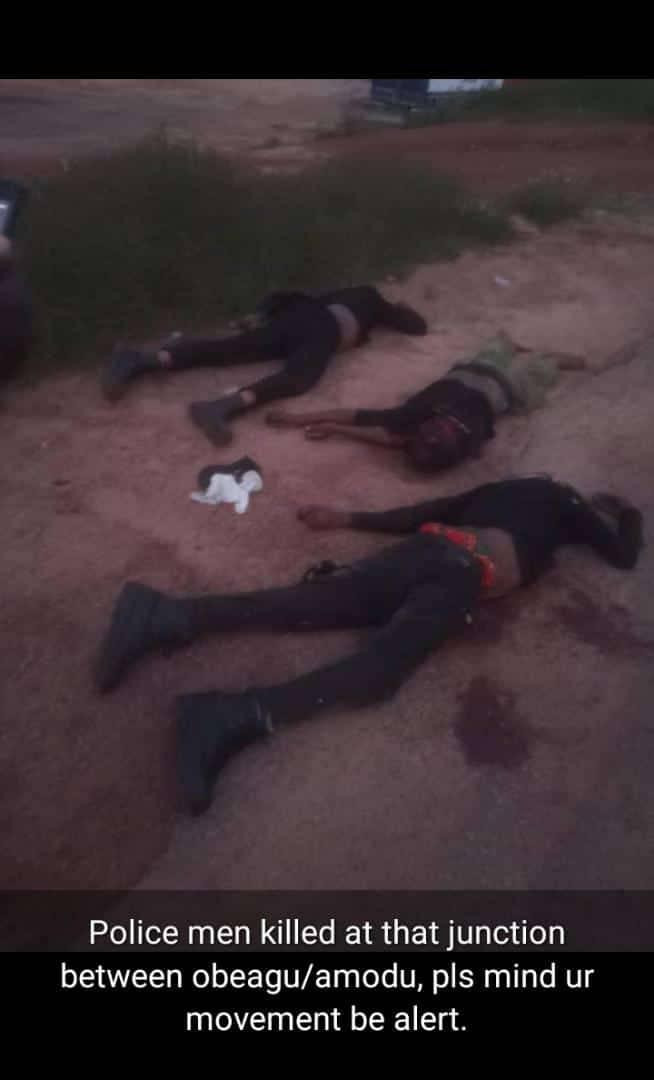 The gunmen reportedly attacked the checkpoint at Obeagu Uno, just after the Inyaba Bridge, around 7:30 p.m. on Wednesday, July 21.

As the police engaged the attackers in a ferocious struggle, an unknown number of bystanders and commuters were killed by stray gunshots, while others were injured to varying degrees.

According to eyewitnesses, the attack began around 5:30 p.m. at a busy intersection in Mmiri Ocha Amodu and lasted until around 7 p.m.

Before attacking the checkpoint at Enugu South, the assailants from the Agbani axis of the road clashed with police at 4 Corner and in Amagunze in Nkanu East Council headquarters.

At the checkpoint, the thugs killed roughly six officers, set fire to their Hilux van, and grabbed their AK-47 firearms.

“We started hearing gunshots along the road at 7 p.m. The session lasted approximately 30 minutes. However, the hoodlums appeared to have overcome the cops following the gunshot when they lit their vehicle on fire. I’m not sure how many police officers were slain, but there were six officers at the checkpoint. What I can tell you is that the incident resulted in the deaths of up to six persons. “It’s possible that some of the hoodlums were engaged as well,” a source told Punch.

Daniel Ndukwe, a spokesman for the Enugu State Authorities Command, confirmed the occurrence, saying that while the circumstances were still vague, police had begun a preliminary inquiry into the situation.

“Information on the shooting occurrences in the evening hours of today, 21/07/2021, where Police personnel were purportedly attacked by yet to be identified gunmen at checkpoints in Obeagu-Amechi in Enugu South LGA and Amagunze in Nkanu East LGA is still unclear.”

In the meantime, preliminary investigations have begun. He remarked, “Further developments will be revealed.” 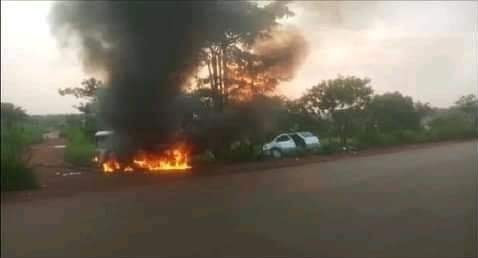