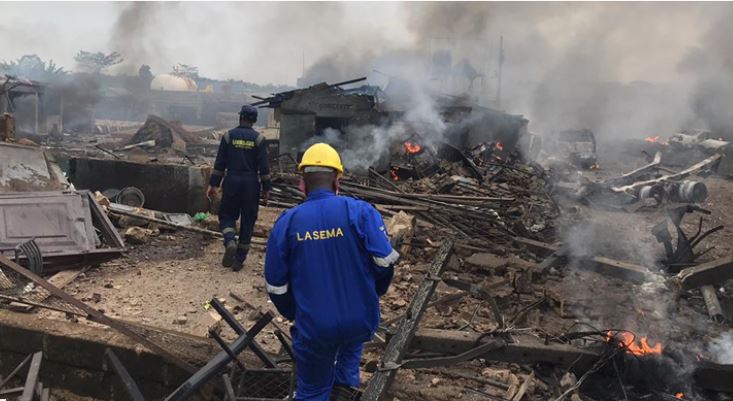 Scene of the incident (Photo: LASEMA)

Ejes Gist can Authoritatively report that many people were injured in a gas explosion that occurred at Iju Ishaga, Lagos State on Thursday.

It was gathered that many vehicles were also damaged.

The Ejes Gist Media also gathered that buildings around the scene of the explosion suffered partial collapse.

As of the time of filing this report, the details of the gas explosion were sketchy.

An eyewitness, Ikechukwu, said, “We just heard a loud sound around 03.30 pm and we suddenly began to see smoke. The explosion is massive and we are not sure of the casualties but many people are injured.”

The spokesperson for the Lagos State Emergency Agency, Nosa Okunbor, confirmed the incident.

He noted that emergency responders have arrived at the scene of the incident.

“LASEMA Response Team is at Cele Bus Stop, Iju Ishaga. There is a gas explosion. Operation ongoing,” he added.