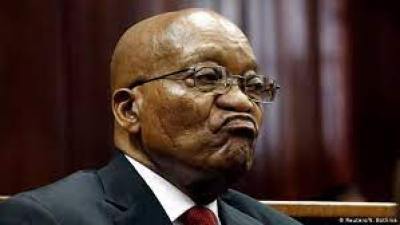 A court in South Africa condemned him to 15 months in prison.

He was found guilty of contempt for failing to appear before a court-ordered investigation into corruption allegations against him while he was President.