Three members of the Peoples Democratic Party’s (PDP) National Working Committee (NWC) have returned a “mysterious” N93.6 million paid into their accounts by the party’s leadership. 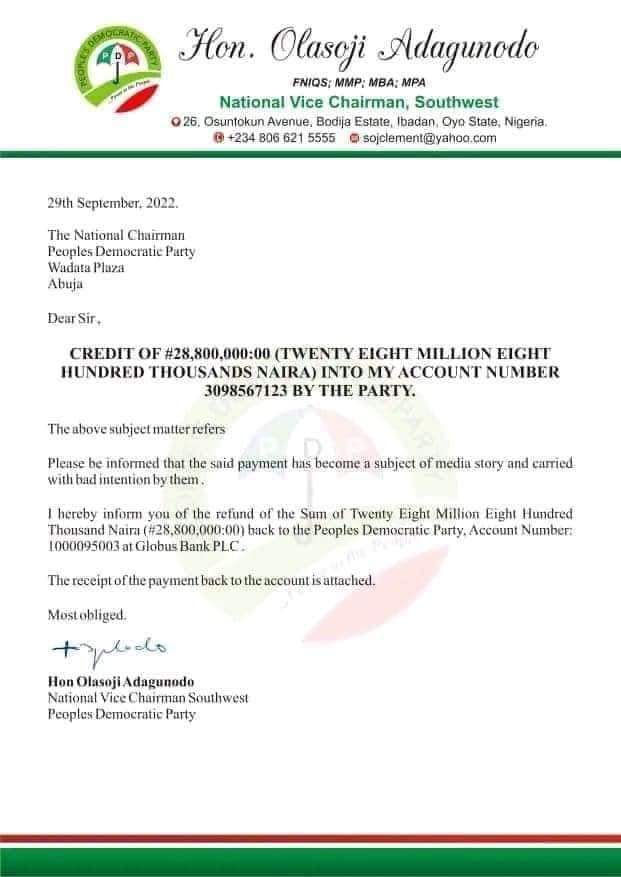 Read Also Michael Blackson Wife: Why I Allow my Fiance Have one Sidechick Every Month 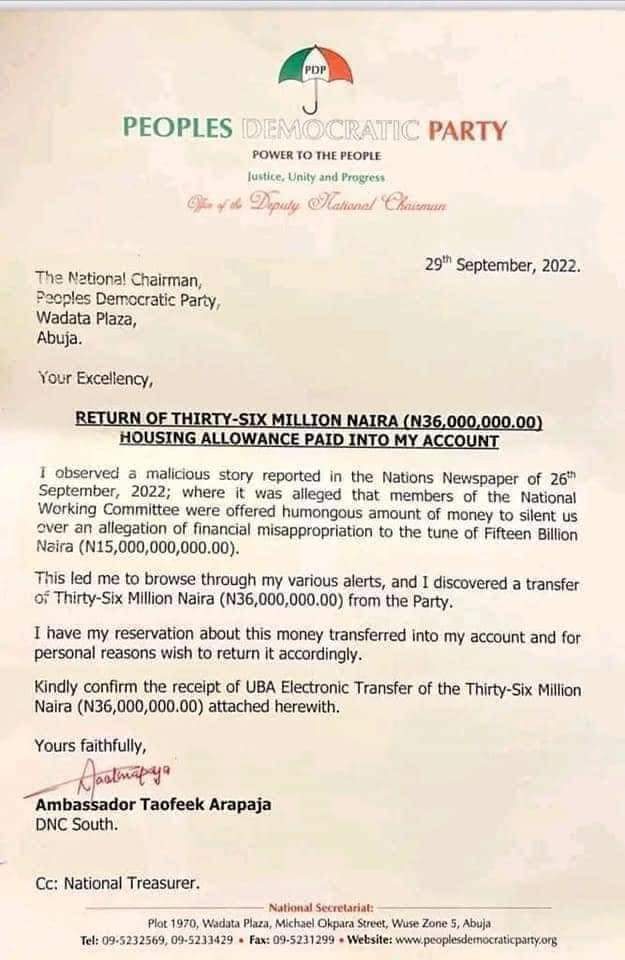 Arapaja received N36 million of the funds transferred into his bank account, while Orbih and Effah-Attoe each received N28.8 million.

Breaking: Bandits kidnap widow of PDP chairman, 13 others in Kogi