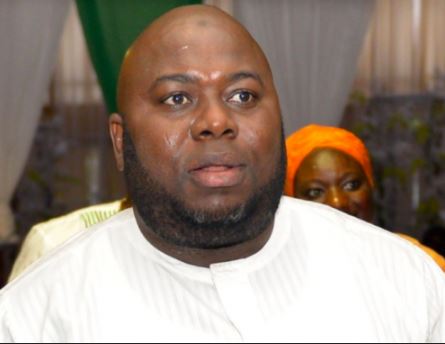 A report by SaharaReporters has show that the kinsmen of the former President of Nigeria, Dr. Goodluck Jonathan under the aegis of the Ogbia Brotherhood Youths Council and other Ijaw communities under the auspices of the Movement for the Survival of Ijaw Ethnic Nationality in Niger Delta (MOSIEND) have disowned a former warlord, Alhaji Mujahid Asari Dokubo, for identifying them as part of the Biafran territory under his leadership.

For instance, National President, OBYC, Comrade Napuru Bassuo, in a statement described Asari Dokubo as a loner on the journey.

The Movement for the Survival of Ijaw Ethnic Nationalities in Niger Delta (MOSIEND), through its National President of MOSIEND, Kennedy Tonjo West said Dokubo was on his own and should not be taken seriously.

The President of MOSIEND, Kennedy Tonjo West, in a statement issued via electronic mail, said all Ijaw communities were insulted by Dokubo’s attempt to associate them with Biafra and called on the ex-militant leader to tender an unreserved apology to the Ijaw.

West said: “Asari Dokubo’s statement is lacking in substance and merit. It is self-seeking and self-serving. He is on a wild goose chase and a lonely Biafran. Izon communities can never be (under) Biafran province. Dokubo’s Biafra Customary Government is a figment of his wildest imagination.

“None of the purported province claimed by Asari Dokubo belonged to Biafra. Dokubo’s statement is insultive, provocative, and narrow in perspective. Can he say this before the communities or their kings?

“MOSIEND condemns it and demands an apology for his bogus and unfounded claims. Asari is on his own. Asari should not be taken seriously on this matter.”

West said Dokubo’s latest adventure would only cause disaffection between the Ijaw and the Igbo and warned the ex-militant against creating enemies for Ijaw people.

He said: “Dokubo’s claim is an affront on the ancestral integrity of those ancient towns he made mention. It is disturbing, misleading and undermining. While we respect the views of our compatriots from other ethnic nationality, our agitation should be devoid of ethnic rivalry.

“Izon communities and we believe others feel the same way, are not conquered province, not for sale. Asari Dokubo must not use Izon communities as a bargain chip to advance his selfish interest.”

Also, kinsmen of President Goodluck Jonathan under the aegis of the Ogbia Brotherhood Youth Council (OBYC), carpeted Dokubo on his declaration of Biafra Customary government.

The National President, OBYC, Comrade Napuru Bassuo, who spoke in an interview, said if anything else, the Ijaw would only support the declaration of a Niger Delta Republic not Biafra Customary Government.

He stated: “As Ijaw people from Ogbia extraction in the Niger Delta, we do not subscribe to the declaration made by Dokubo-Asari on the constitution of Biafra Customary Government.

“There’s no gainsaying that Dokubo-Asari’s alliance has never been supported by the Ijaws not in Bayelsa nor any part of Ijaw land. For as long as we know, the Ijaws belong to the Niger Delta’s cause and no land of the Niger Delta or Ogbia land will be a territory of Biafra Customary Government.

“And by this I mean Dokubo-Asari is a loner on this journey. If for nothing, we the Ijaws will only support the declaration of a NDR and not BCG.”