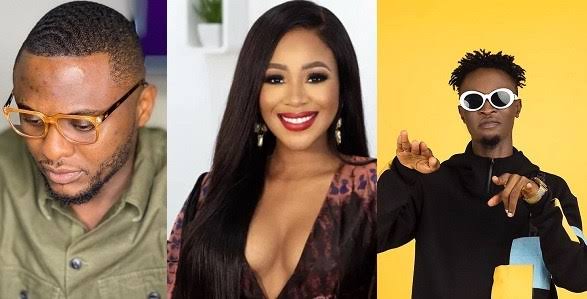 Recall that Erica revealed that she now regards Laycon as her enemy. The aspiring actress, who was visibly joyful that she won Kiddwaya during a game of ‘Ayo’, was asked if she had played the game with Laycon.

In a response, Erica made the shocking revelation that she doesn’t play games with her enemies.

“What is my business with him, I don’t play with my enemies. I don’t talk to him,” she said.

Erica said she isn’t attracted to Laycon at all, and the thought of her being paired with him on social media, makes her very angry.

She made such statements after Laycon claimed that Erica tried to kiss him several times. This however made Erica vow never to talk to him again.

Reacting to Erica’s  statement, Ubi Franklin said that it was very disgusting to say such because at some point, she was attracted to his personality.