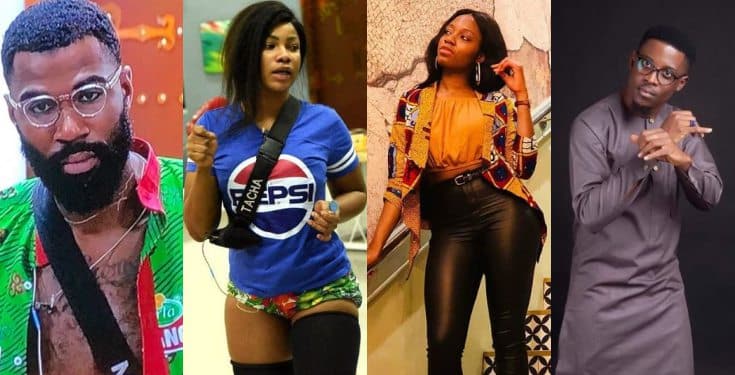 He said the nomination will not be in groups as housemates will go to the ‘diary room to nominate other housemates’.

However, Omashola, who was nominated but had the veto power card, replaced himself with Seyi.

The housemates up for possible eviction this week are Tacha, Mike, Seyi, Khafi.

ALSO READ:    Man commits suicide in Imo, 3 days after welcoming a baby with his wife

Here is how the housemates voted: