Days after posting about depression, BBNaija Omashola was spotted looking unkempt in the middle of a street.

Ike Onyema has shared a troubling video of  Omashola sitting in the middle of the street, looking unkempt.

In the video, Omashola, who looks slimmer than usual, is seen with a bin bag containing some items beside him. He appears disoriented too.

Ike said the video has left him worried and he pleaded with Omashola to call him.

IK revealed he has been trying to call Omashola, who was on the Big Brother Naija show with him, but he has not been picking his calls. 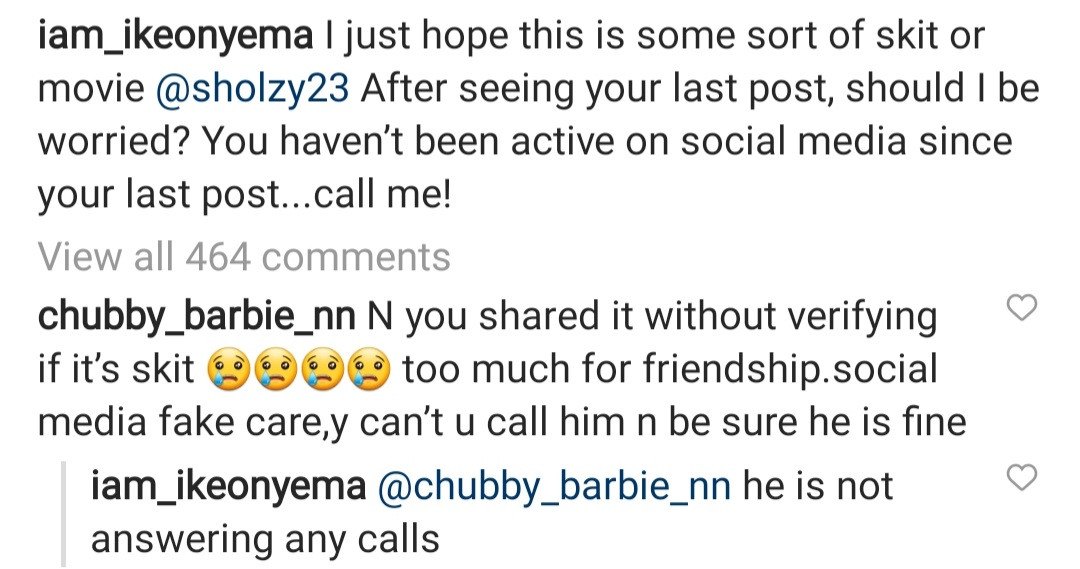 This comes days after BBNaija Omashola  shared a post about depression.

Instagram users responded, telling Ike he was wrong to post the video without first hearing from Omashola. 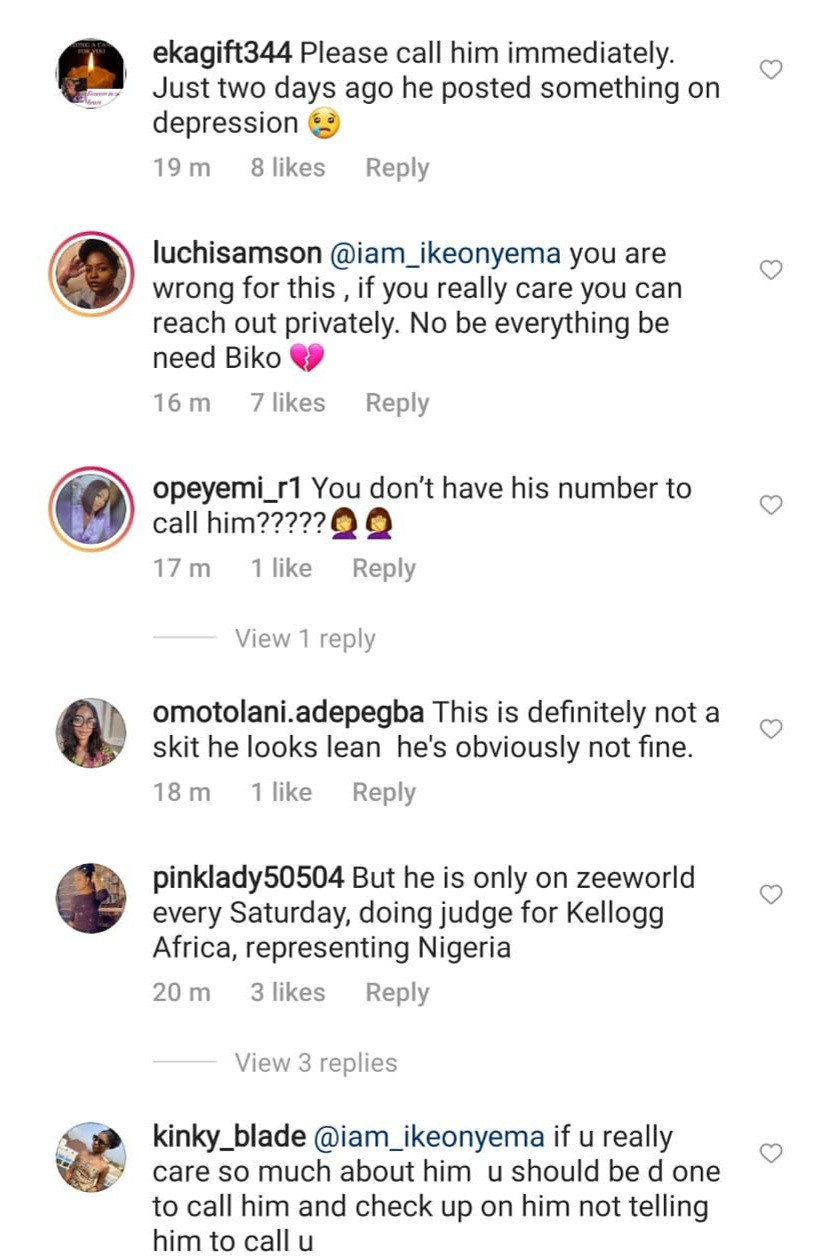 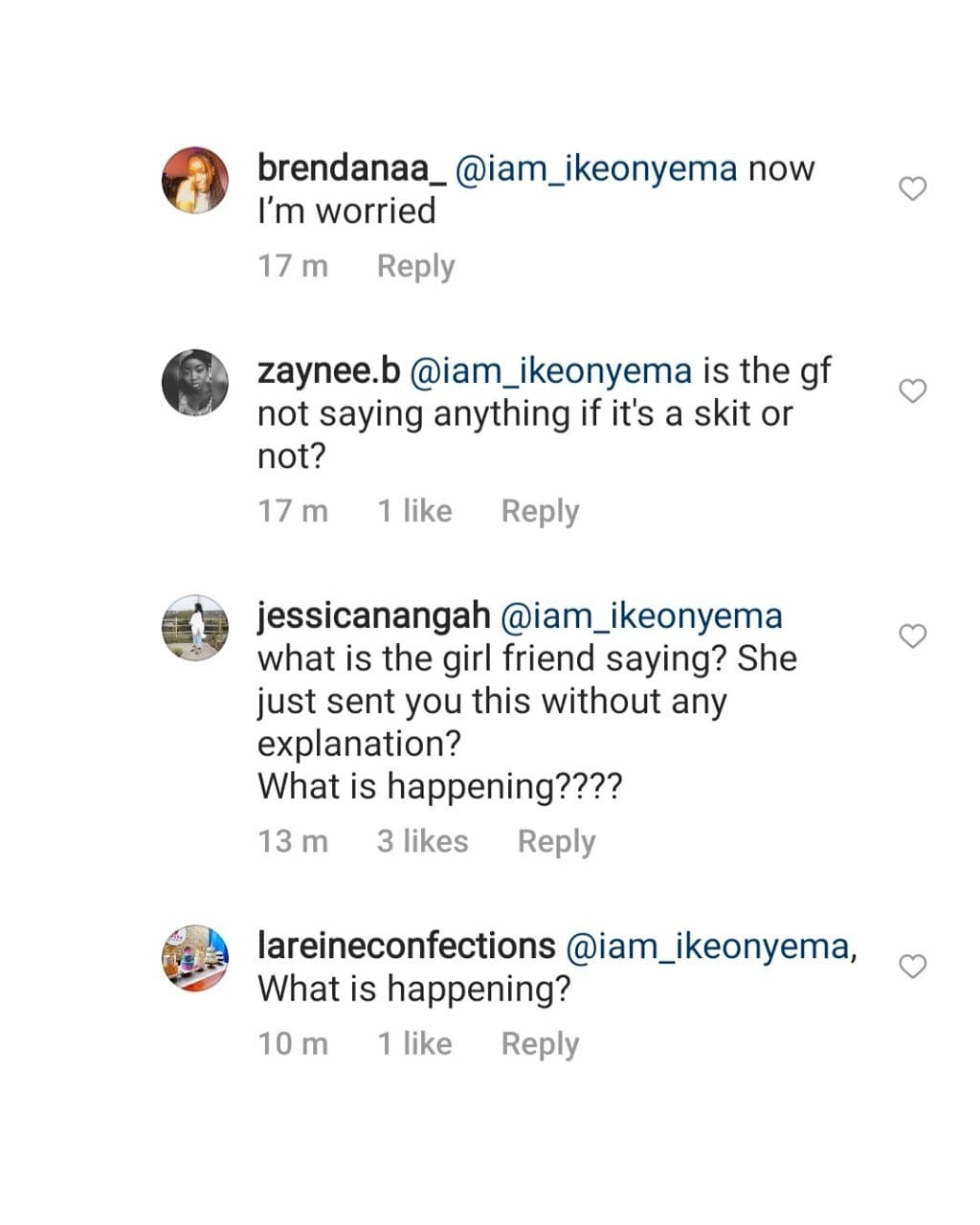 Watch the video of BBNaija Omashola

Following the unfortunate incident, he informed his fans that he will be off social media for a while.

The BBNaija star also asked his fans to pray for him and his family as they go through a difficult time.

“Hello, everybody.” I recently lost my eldest brother and will be unavailable for a while.

“Thank you so much for your prayers and condolences. He wrote, “Thank you.”