An ambulance carrying a coffin with a corpse have been destroyed by armed bandits.

The ambulance attack took place when the ambulance driver was attacked while on his way to Enugu for a funeral. And also, according to reports, a coffin carrying a corpse for the burial at Enugu to which the driver was going, was destroyed.

The driver was forced to stop the car, and the bandits also kidnapped the brother of the person who was killed. He also added that they had left Lagos State, with the coffin and ambulance carrying the corpse for burial in the eastern part of the country, Enugu, according to the driver of the ambulance, identified as Salami Orijiwa. 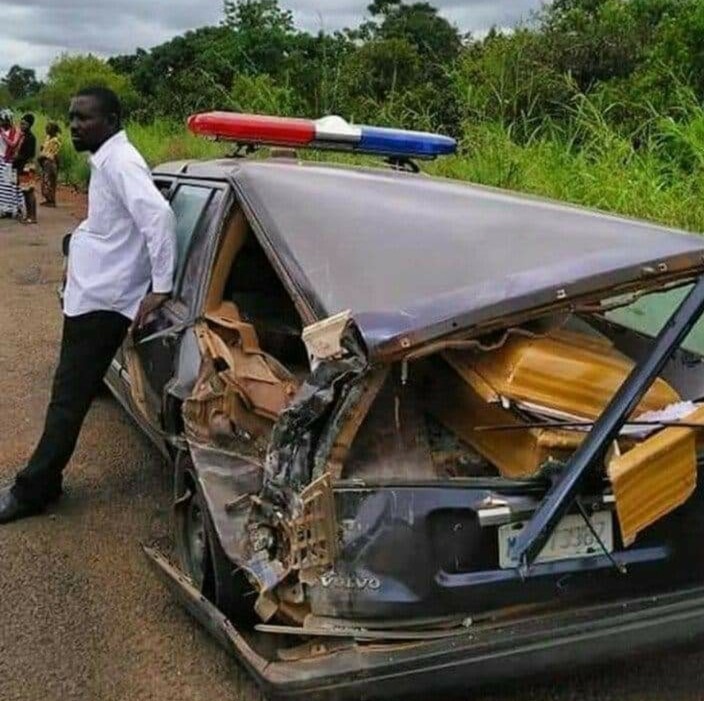 But when they reached Benin, along the Ahor road in Benin, their ambulance was attacked and the brother of the deceased was detained by the bandits who had taken him away. He adds that when he saw the bandits for the first time, that they were holding guns, that he tried to drive away, but was forced to stop by them.

According to the driver, the bandits then reached the inside of the ambulance where the coffin was and destroyed everything, including the ambulance, before moving away with the dead man’s brother, he added, while some people had to run for their lives.

See How Nigeria Celebrities Showed Up For The Premiere Of ‘Coming 2 America’ In...

Massive Oil and Gas Job Vacancies in Nigeria for Graduates and Experience.

The views expressed in this article are the writer’s opinion, they do not reflect the views of the Publisher of EJES GIST NIGERIA. Please report any fake news , misinformation or defamatory statements to ejesgist@gmail.com

Soldiers Cry Out After Boko Haram Attack Their Base: They Are Using Us To...

We Brought In Fulani From Mali, Sierra Leone, Senegal, Others To Win 2015 Election,...

See How Nigeria Celebrities Showed Up For The Premiere Of ‘Coming 2 America’ In...

Just In : Gunmen kill district head, three others in Kaduna

How Scent And Bitter Leaf Juice Can be Use to Treat...

ABOUT US
EJES GIST is an Online News & Job Portal Operated in Nigeria since 2017. We Cover Nigeria Audience and the world at Large. We Focus on Latest Nigerian News, Legit Jobs information, Education, Opinion, Sports, Lifestyle and Politics. Our core goal is to reduce unemployment in Nigeria by connecting Job Seekers and Employers
Contact us: ejesgist@gmail.com
FOLLOW US
© 2020 Ejes Gist | Alright Reserved | Published by Ejes Gist Media RC : 3179757
MORE STORIES
0