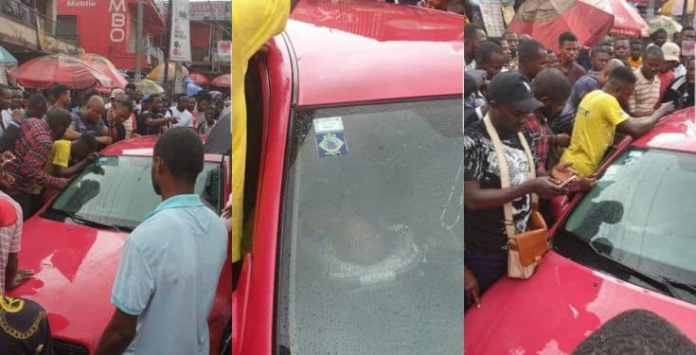 A video clip has emerged on social media which shows a group of people trying to rescue a baby locked in a car.

According to reports, the less than 2-year-old baby was left by his mother in the car, with glasses wound up.

After over half an hour, the baby was seen by passerby crying and gasping for breath.

The incident which occurred at Computer Village, Lagos had people concerned.

See the video below;

“@Funkemyfun: Computer Villge, a woman with a Red Matrix left her less thn 2yr old strapped and locked inside car by d road side, crying & gasping 4 breath, people had 2 forcefully open the door in order to save d child after over 30 mins of endless waiting 4 d mother’s return. pic.twitter.com/m1balGregN

Some social media users have opined that the woman must be a first time mother and must have had no idea that such actions could have killed her baby.

Busola Dakolo clears the air on her interview with UK Guardian