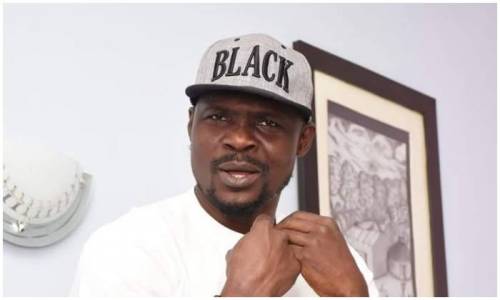 Some angry Nigerians have kicked against the plan by the Lagos State Police Command to release Nollywood actor, Olanrewaju Omiyinka, aka Baba Ijesha, from custody.

While some asked if the police had not been compromised, others insisted that the actor’s case must not be swept under the carpet.

Punch had reported on Wednesday that a senior officer at the Lagos State Police Command confirmed that a directive had been given for the release of the Nollywood actor.

The source said this was due to the ongoing strike by members of the Judicial Staff Union of Nigeria, where courts had ceased from sitting and the suspect could not be detained indefinitely without trial.

The source, however, said investigation into the recent allegation against Omiyinka revealed that he did not defile the victim, adding that when she was questioned, the victim confirmed the same.

The senior police officer had stated, “There was no case of defilement, people are just talking out of sentiment. They are not talking from the point of law. We interviewed all parties involved in the case for three hours today (Wednesday).

“The mother complained that her child was at the age of seven when she was defiled and the child pointed at Baba Ijesha. But the case was not reported until she was 14 years and under the law, the case has become statute-barred.

“Regarding this new case, the CCTV footage has been assessed and nowhere was it captured that Baba Ijesha defiled her. The footage only showed him touching the victim’s body but it never showed him having any sexual intercourse with the girl. The girl also confirmed the same thing.”

But some Nigerians on social media, Twitter and Facebook, smelt a rat in the police’s explanation, while insisting that Baba Ijesha’s alleged defilement of the minor must not be swept under the carpet.

For instance, Uncle Jay @1point_six said, “No sentiment. I’m not a judge, but from what I’ve gathered so far, Baba Ijesha is a paedophile. Though he denied the rape allegations. No excuse for touching a minor indecently. Investigation continues. With this, he has no career again, nobody wants to watch a paedophile.”

Wyatt_Of_La @ix_wyatt said, “They said it’s statute-barred. What could a 7-year-old girl say or do after threatened not to speak to anyone about it? The fear alone. No one would believe her. This country is fucked. Let’s not even talk about the sexual assault.

“With this kind of development, people would actually want to resolve to jungle justice over any rape case in this country. These rapists can’t go free. Damn all these rape apologists.”

EndbadgovernanceinNigeria @hammedmusa said, “Unbelievable. If he can’t be charged for defilement, how about sexual assault? This man shouldn’t be allowed to walk free just like that.”

Fblack @fblackaleem said, “Why will someone not do the same next time? We don’t take rape issues or molestation seriously in this country.”

Toni @tonisexi1 said, “So this wickedness will go unpunished? We don’t live in a country; I just don’t want to sound like Nnamdi Kanu. Imagine! he touched her body indecently. Sigh.”

Police Arrest Man Who Killed, Beheaded And Gouged Out The Eyes Of His Neighbour For...