Abubakar Sulaiman, the Speaker of the Bauchi State House of Assembly, has finally defected from the All Progressives Congress (APC) to the Peoples Democratic Party (PDP).

The Speaker, whose commitment to the APC has been questioned by former party members on several occasions, made the announcement at a Ramadan Iftar dinner hosted by Governor Bala Mohammed on Saturday night. 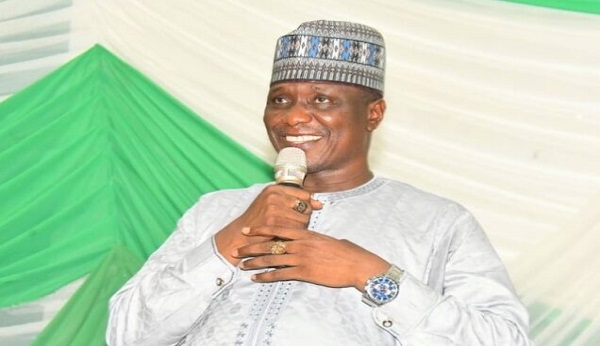 Read Also: Easter Message by Bishop Mathew Kukah – A Must Read by all Nigerians

Ejes Gist Newspaper reports that Abubakar Sulaiman was elected Speaker of Bauchi with the support of some PDP members, causing him to clash with some of his APC colleagues.

Sulaiman, who is also the Chairman of the Nigerian Conference of Speakers of State Legislatures, said his decision to leave the PDP was motivated by Governor Mohammed’s exemplary leadership style and commitment to transforming the state.

“I’d like to take this opportunity to formally announce my formal defection to the People’s Democratic Party (PDP) to His Excellency, the Executive Governor of Bauchi State, Bala Mohammed, and other PDP stakeholders.”

“One of the reasons I returned to the PDP is because of our Governor’s exemplary leadership style and commitment to transforming the state,” he said.

Mohammed greeted the Speaker as a new member of the PDP, saying the move had been long anticipated given his recent body language.

Read Also : What is Easter? Origin, Happy Easter Wishes,all you need to know

He described it as a “homecoming” for the Speaker, who has previously backed the PDP’s entire platform.

The Governor also praised his administration’s and the Assembly’s good working relationship.

He urged the state’s development and progress to be hastened by continued collaboration.

Hamza Akuyam, the chairman of the Bauchi PDP, expressed confidence in the party’s ability to win the general elections in 2023.

Governor Obaseki Dumps PDP For Labour Party? Here is what we know