Just a few days after a lady slammed one of singer, Davido’s close friends, Peruzzi with rape allegations, another friend and singer Mayowa Olusanya popularly called Ichaba has landed in another rape mess.

The lady who is accusing the singer is known on IG as millannnnnnn and she has accused Ichaba of raping her on October 27th, 2019 in a hotel in Ibadan.

Sharing screenshots and voice notes as evidence of her rape story, she wrote;

PAY ATTENTION TO : Wife of former Inspector-General of Police, Smith, dies at 69

“Since he wanna say I have mental issues. The proof is there. This is my story, i am the ‘friend’. @lipaese is a rape apologist & @ichabalavish is a rapist. I do not regret telling my story, I only regret waiting this long and staying silent for so long. It happened on October 27th 2019 at Ibadan. The screenshot is from the 2nd or 3rd of January 2020 and the phone recording is from 8th of February 2020”.

Read her screenshots and listen to videos 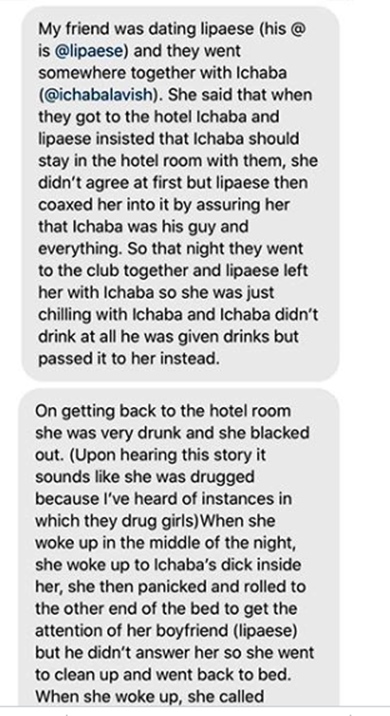 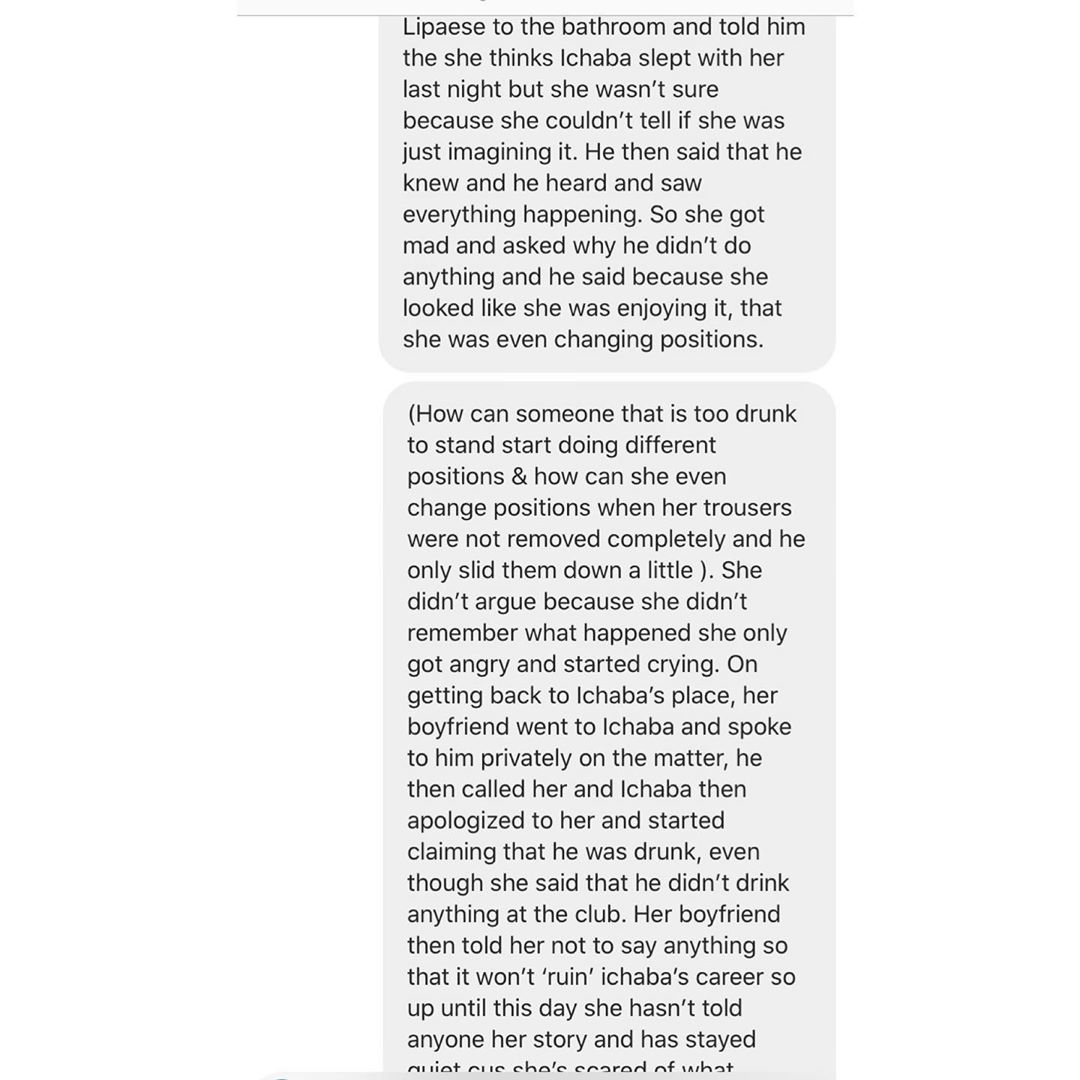 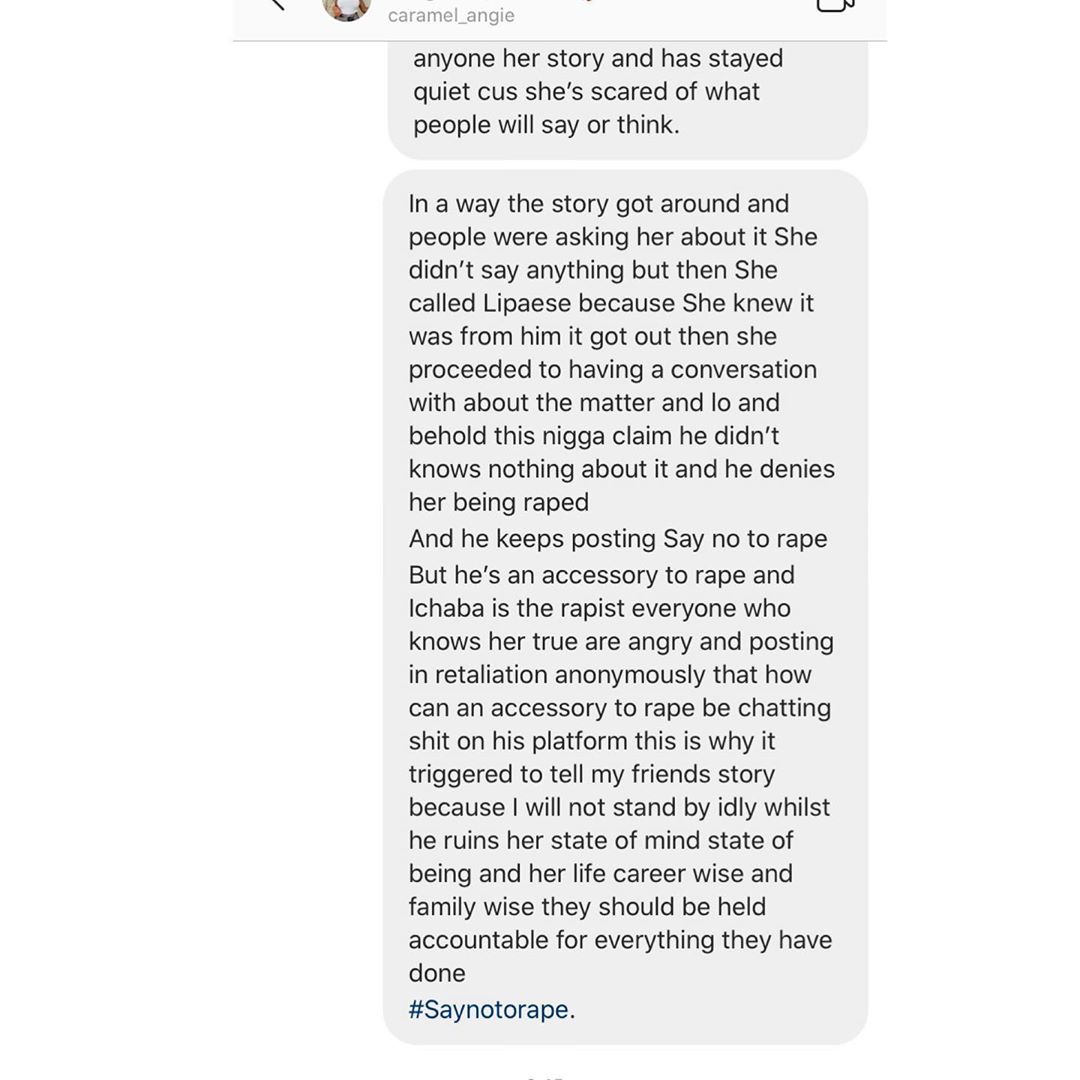 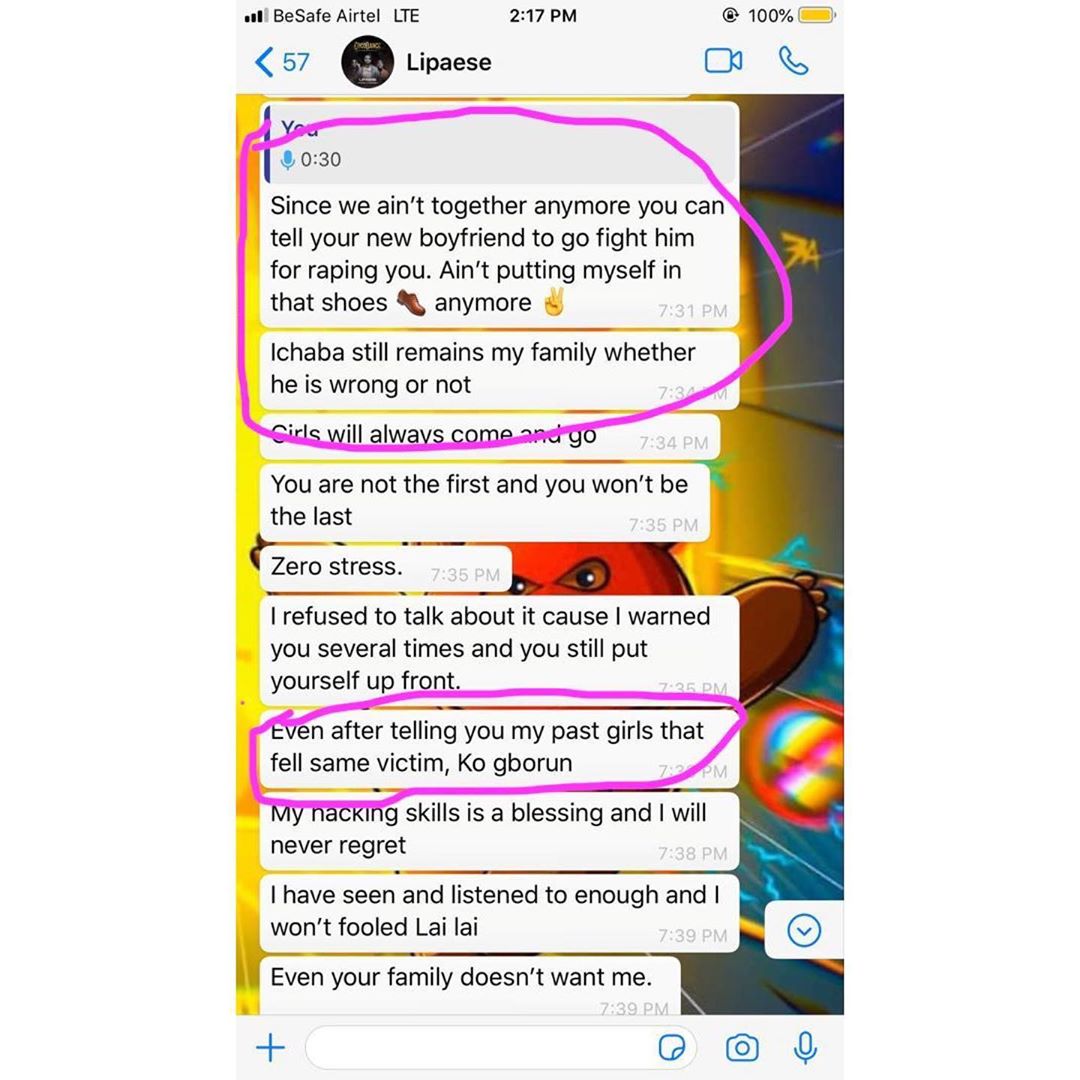