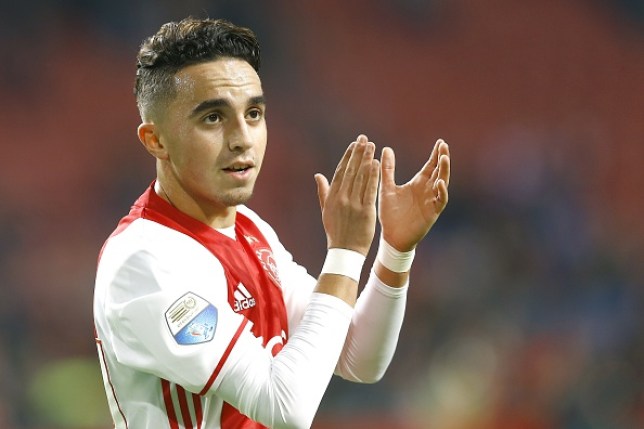 A former Ajax star, Abdelhak Nouri has brought tears of joy to his loved ones after he woke up from coma.

The player had been in coma for nearly three years.

According to Metro UK, the Dutchman, affectionately known as ‘Appie’, suffered a cardiac arrhythmia attack during Ajax’s pre-season friendly clash with Werder Bremen back in July 2017 and sustained severe and permanent brain damage caused by a lack of oxygen supply.

Nouri’s family asked for privacy in the days and weeks following the incident and messages of support flooded in for the youngster from around the world of sport.

The 22-year-old awoke from his coma in the summer of 2018 and now ‘sleeps, eats, frowns and burps’ but remains bedridden and ‘very dependent’ on his family members.

This week, Nouri’s brother has told Dutch outlet De Wereld Draait Door that his younger sibling is ‘doing well’ in a house which has been designed to cater for his specific needs. Abderrahim, who communicates with Abdelhak through eyebrow signals and smiles, says that the former midfielder has even started watching football again.

‘He has not been home very long, we take care of him there now,’ Abderrahim said. ‘I must say that since he is at home it is going much better than before in the hospital. He is aware of where he is, he is back in a familiar environment with his family. ‘He’s no longer in a coma. He’s just awake. He sleeps, he sneezes, he eats, he burps, but it’s not like he gets out of bed. He’s very bedridden and still very dependent on us. On his good days there is a form of communication, for example, confirmation with his eyebrows or a smile. But you notice that he can’t last that very long. ‘We talk to him like he’s not sick. We take him into our conversations and we watch football with him in the living room, for example. Then he watches. You notice that he likes that very much.  ‘He often shows emotions. Sometimes he is emotional, but often there is also a smile. That does us good. That makes you really appreciate a smile.’

His father Mohammed added: ‘We have to take care of him at our very best. ‘We try to do a lot ourselves.’