Popular singer, Adekunle Gold has shared the most  ’embarrassing’ messages he sent to famous music producer, Don Jazzy, Nine  years ago when he was begging for a job as a Graphic Artist.

Adekunle who is now a successful musician in his own right, shared the messages he sent to the record label boss to encourage people who are still struggling.

The Ire singer has been sending out mails to his followers with words of encouragement. A mail he sent to one Twitter user to encourage her included screenshots of the DMs he sent to Don Jazzy 9 years ago, begging him to be the graphics artist for Mo’Hits.

In the DM, Adekunle Gold called Don Jazzy “Dad” and “Mohit Lord” all in a bid to get employed. He told Don Jazzy that he’s a “graphic artist of magnitude” and begged to be employed as the “official album art designer of Mohit stars”

He also consistently sent links to Don Jazzy, begging him to listen and share some songs.

ALSO READ :Mysterious deaths in Kano not connected to Coronavirus – Emir of Kano

Davido Crying Like A Baby After This Sad Incident Happened

Adekunle Gold said he recently rediscovered the chats when he tried to send Don Jazzy a DM this year and he was so embarrassed. He said, “I wanted the ground to swallow me.” 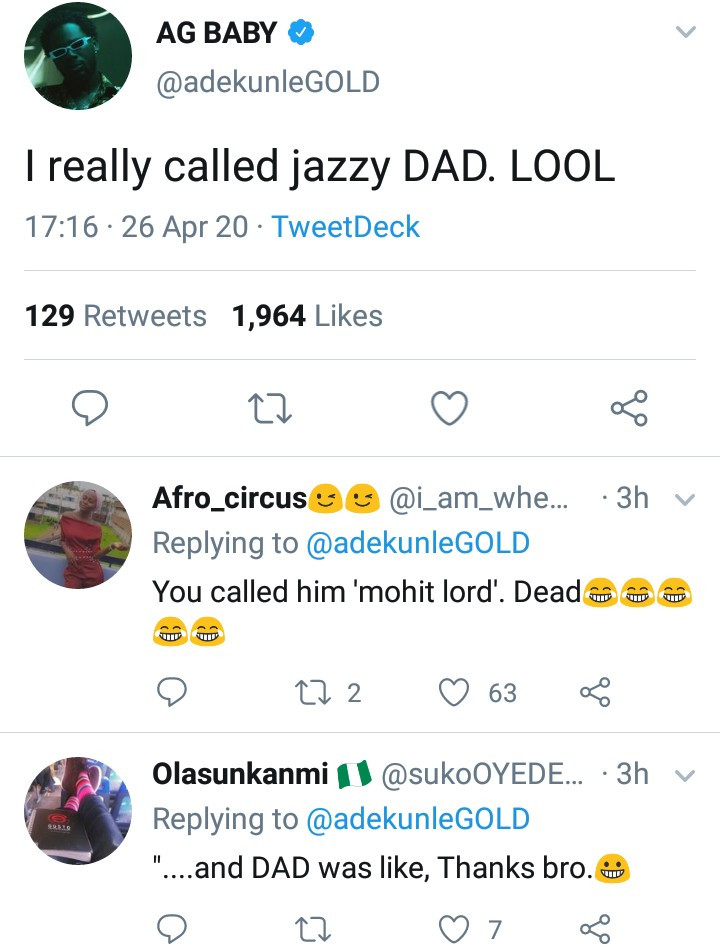 Don Jazzy Mother Dies, How She Died, Cause Of Death Emerges