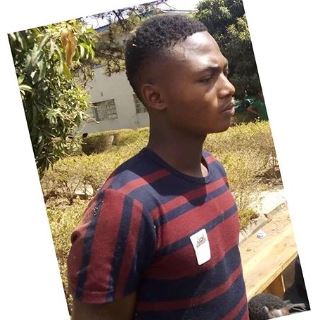 Isaac Boniface
Isaac Boniface has been arrested by the police after confessing that he raped a 4-year-old daughter of his co-tenant in Jos, Plateau State.
The 20-year-old  suspect admitted that he knew the incident was a devilish act, but that “It was a mistake.”
According to him: “I live in the same compound with the girl and her mother. Anytime I’m going to work or passing by, the girl will greet me and I will greet her back because we are friends.
So, one day, I took her to a corner in the compound and raped her.
The mother later told me to follow her to somewhere and that is how I was arrested by the police.”
The State Commissioner of Police, Mr Issac Akinmoyede, condemned the act and said Isaac would be charged to court soon.

Nigerian Lady cries out after people looked on as man she slapped for sexually harassing...