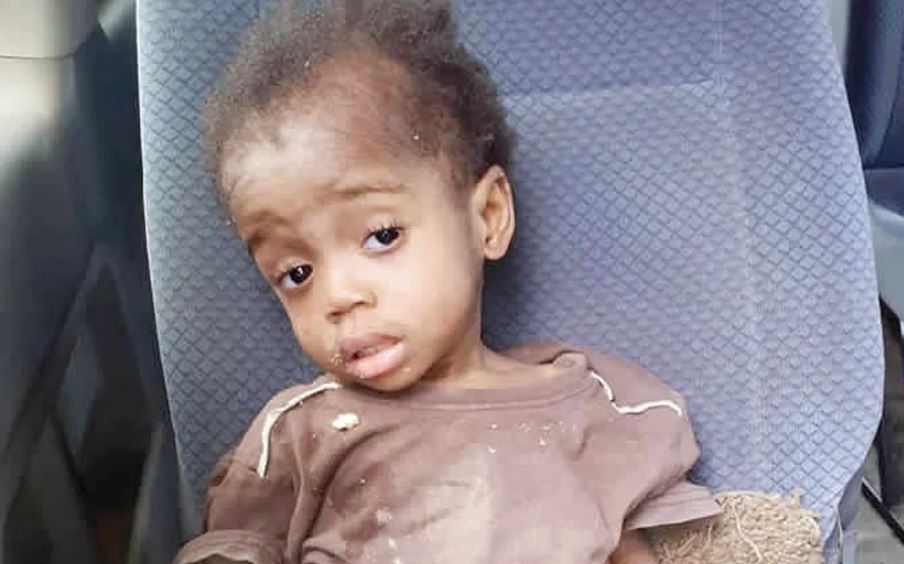 According to a report by The PUNCH, the officials of the gender-based violence response team of the Vicar Hope Foundation, Umuahia, have rescued a two-year-old child suspected to have been locked up for several days in an uncompleted building at the Zone 5 Agbama Housing Estate, Umuahia, Abia State.

The baby, whose name could not be ascertained as of the time of rescue, looked exhausted, dehydrated and malnourished, perhaps haven gone several days without food or water.

According to the Programme Manager, Vicar Hope Foundation, Mr Raymond Ukwa, the organisation received a call on Saturday, April 25, 2020, from landlords in the area that a child had been locked up in an uncompleted building.

Ukwa said working in line with well-established protocols on intervention, the foundation reported the incident to the Umuahia Area Commander of the Nigeria Police Force, Mr Ekeinde Odion, who detailed officers to break into the building so that the child could be rescued.

“As a foundation, we believe in creating a safe environment for our children; a lot of deaths of children every year occur because of negligence and preventable diseases; it’s our duty to ensure that we reduce these numbers and protect the right to life of every child,” he stated.

Neighbours, who spoke on condition of anonymity, said the child’s parents were in the habit of locking him up for days without food or water, adding that they sometime pass food through a crack in the wall of the building to him.

The Assistant Secretary, Board of Trustees of the foundation, Mr Chika Ojiegbe, said the child was examined by medical personnel and taken to a safe dwelling, while relevant authorities had commenced investigation into the circumstances surrounding his abandonment in the uncompleted building.

The state Commissioner for the Nigerian Girls’ Guild Association, Mrs Queen Nwarie, commended the founder of the Vicar Hope Foundation and wife of the state governor, Mrs Nkechi Ikpeazu, for rescuing the child.

Nwarie said the quick response of the foundation made the difference between life and death for the toddler.