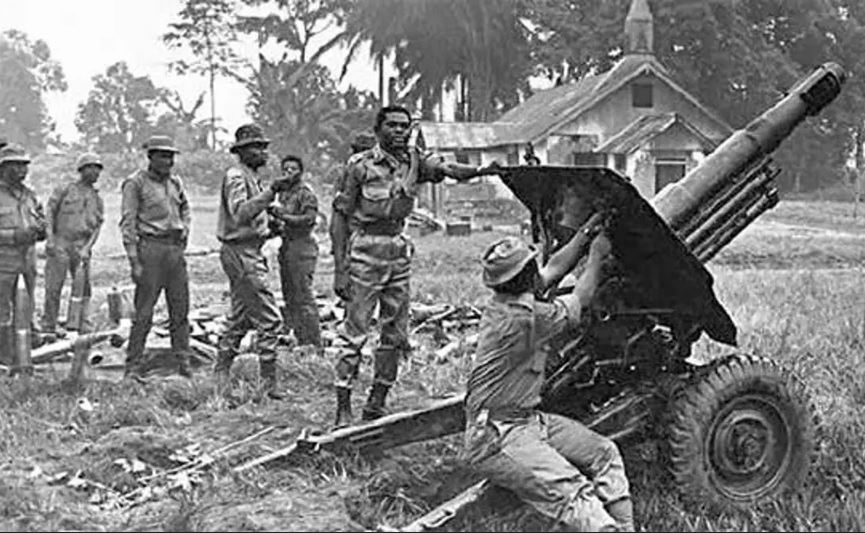 Get some interesting facts about the Nigeria civil war as presented by The PUNCH.

As Nigeria celebrates the 2021 Armed Forces Remembrance Day, a day set aside for the country’s fallen heroes, it is appropriate to take a brief look into the civil war which was one of the trying times in the country’s history.

Here are ten things you should know about the civil war.

1. The Nigerian civil war otherwise known as Biafra war was fought from 1967 to 1970 and between the forces of the Federal Republic of Nigeria and the forces of Biafra which seceded from Nigeria.

2. General Yakubu Gowon was Nigeria’s Head of State as of that time while the late Lt. Colonel Odumegwu Ojukwu was the leader of Biafra after serving as the military governor of the Eastern Region of Nigeria in 1966.

3. The civil war resulted from ethnic, economic, religious and political tensions which forced the Igbo ethnic group, a majority tribe in the Eastern Region, to announce secession from Nigeria.

4. An anti-Igbo pogrom in Northern Nigeria was followed by a military coup and a counter military coup leading to the secession of the Eastern Region.

5. The war began on July 6, 1967, with the Nigerian forces advancing to reclaim the Eastern Region which by then was already identifying itself as Biafra.

6. The Biafran forces also launched an offensive against Nigeria but were stopped at Ore in Ondo State where they suffered a major loss.

7. The foreign players in the civil war included China, the then Soviet Union, Israel, France, Egypt, Canada, and the United States.

8. Biafra surrendered on January 15, 1970, and was reintegrated into the Federal Republic of Nigeria.

9. After the war ended, General Gowon described it as one with “no victor and no vanquished”, a rhetorical aimed at healing wounds.

10. The region which was identified as the Eastern Region of Nigeria before becoming Biafra has since been split into two – the South-East and the South-South.